Last Saturday, two men of Italian nationality, 45 and 44 years old, suffered a traffic accident after going off the road with a motorcycle on the A-7 at the height of Marbella. As this newspaper has learned, the driver -who died on the spot- and his companion -who is hospitalized- they were fleeing from the police.

It happened around 10:20 p.m. Agents of the Marbella Local Police were in Puerto Banús carrying out surveillance tasks and observed a black motorcycle in which two people were travelling. According to sources close to the case, the investigators stopped the individuals to ask for their identificationsince the characteristics they presented made them suspect of being linked to the theft of luxury watches, a frequent criminal act in this area of ​​the Costa del Sol.

The driver, who ignored the officers’ order, accelerated the vehicle and began his flight, joining the A-7. The policemen began a pursuit that was hampered by the density of traffic that was there. Although, when they managed to access the road, they observed that there was a retention.

After breaking through and advancing to kilometer point 175,500 of said road, the Local Police discovered that the origin of the jam was atraffic accidentwhose victims were Italian citizens who had fled.

Time of the traffic accident. 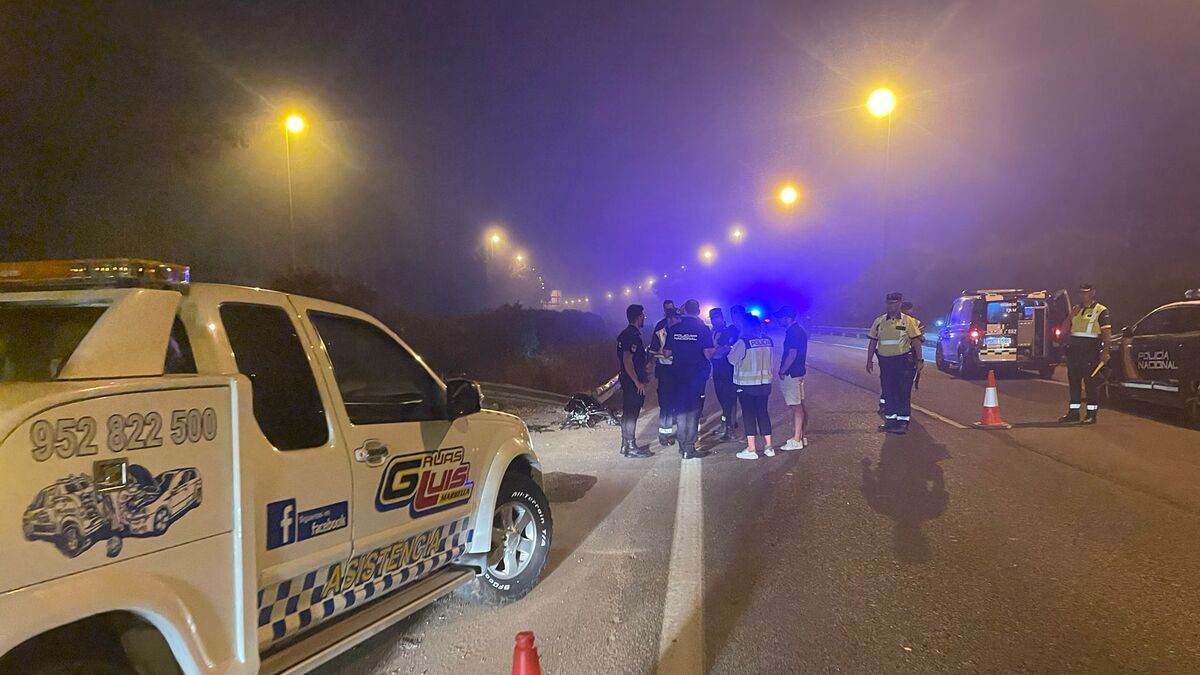 Time of the traffic accident.

The driver died on the spot, while the other person who was traveling with him was seriously injured, for which he was transferred to the Costa del Sol Hospital, where he remains in police custody. as a detainee for fleeing from the police and for falsifying documentsthen, according to the same sources, the license plate of the motorcycle corresponds to the license plate of another vehicle.

By adminSeptember 12, 2022Costa del Sol, MarbellaLeave a Comment on The motorcyclist who died in a traffic accident in Marbella was fleeing from the Police